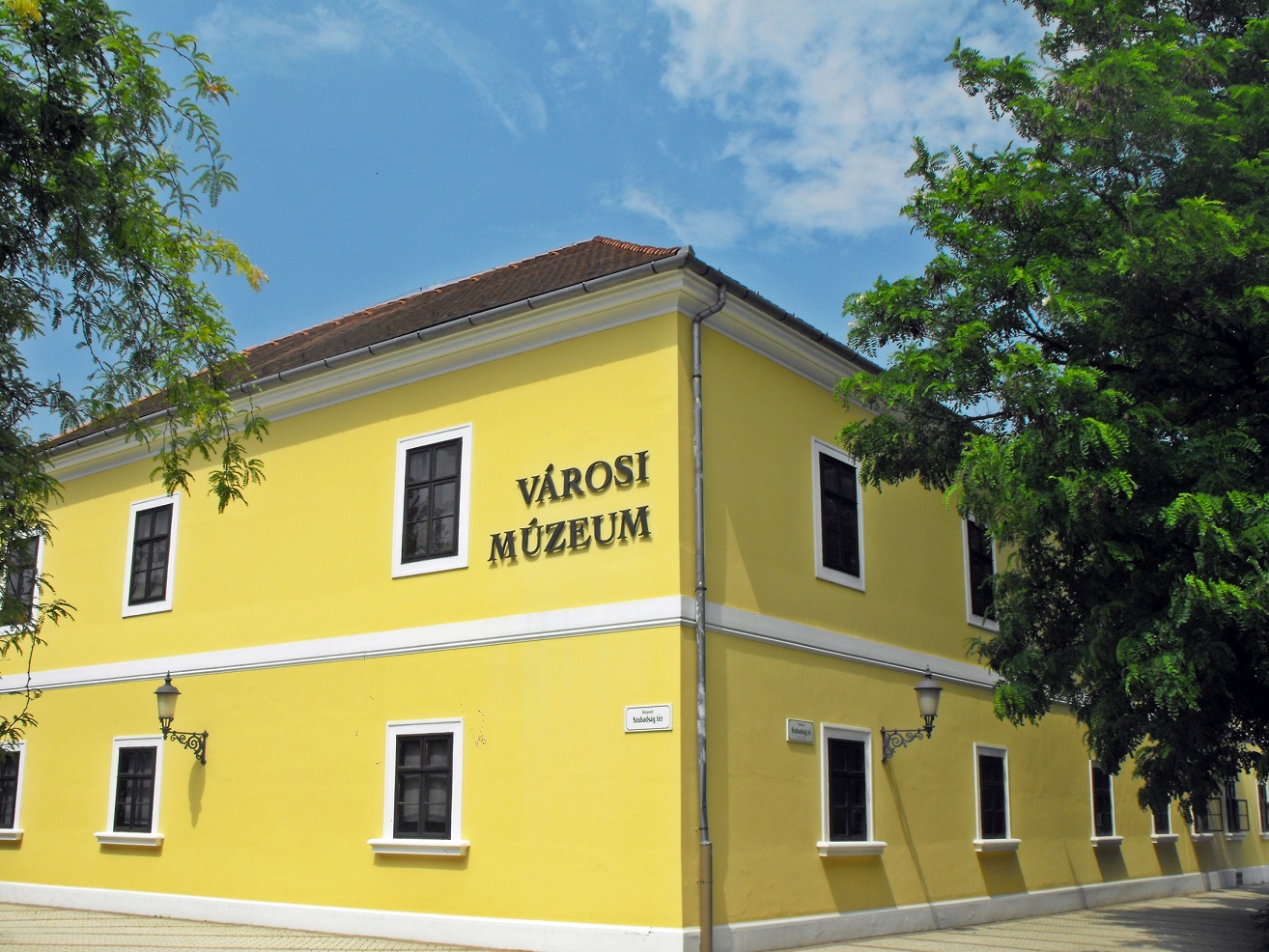 Hamvay mansion, recalling the Baroque age with its characteristic yellow colour, its wrought-iron lamps and arcaded inner courtyard. This is the defining building of the town centre.

The Gödöllő landowner Ferenc Hamvay had the building constructed in 1662, at the time as a one-storey edifice.

It gained an upper storey in the 18th century when Antal Grassalkovich I , who originally commissioned what was to become the Royal Palace, had the building transformed into a guest house. The town’s first pharmacy, which had moved from Máriabesnyő, was established here in 1814. The ceiling fresco in the ground-floor vaulted room probably dates from that period.

In the 19th century the building became t he Queen Elizabeth Hotel and a centre of social life with its casino and ballroom , where theatre performances were also staged.

A school functioned here up to 1988 and it contained a significant memorial room for a collection of items connected with the town’s past. Later this became the local history collection, which in turn became the Gödöllő Town Museum , which still exists today and presents what can be called unique exhibitions in one of the town’s oldest buildings .


Opening hours:
Monday to Friday from 8 am to 4 pm