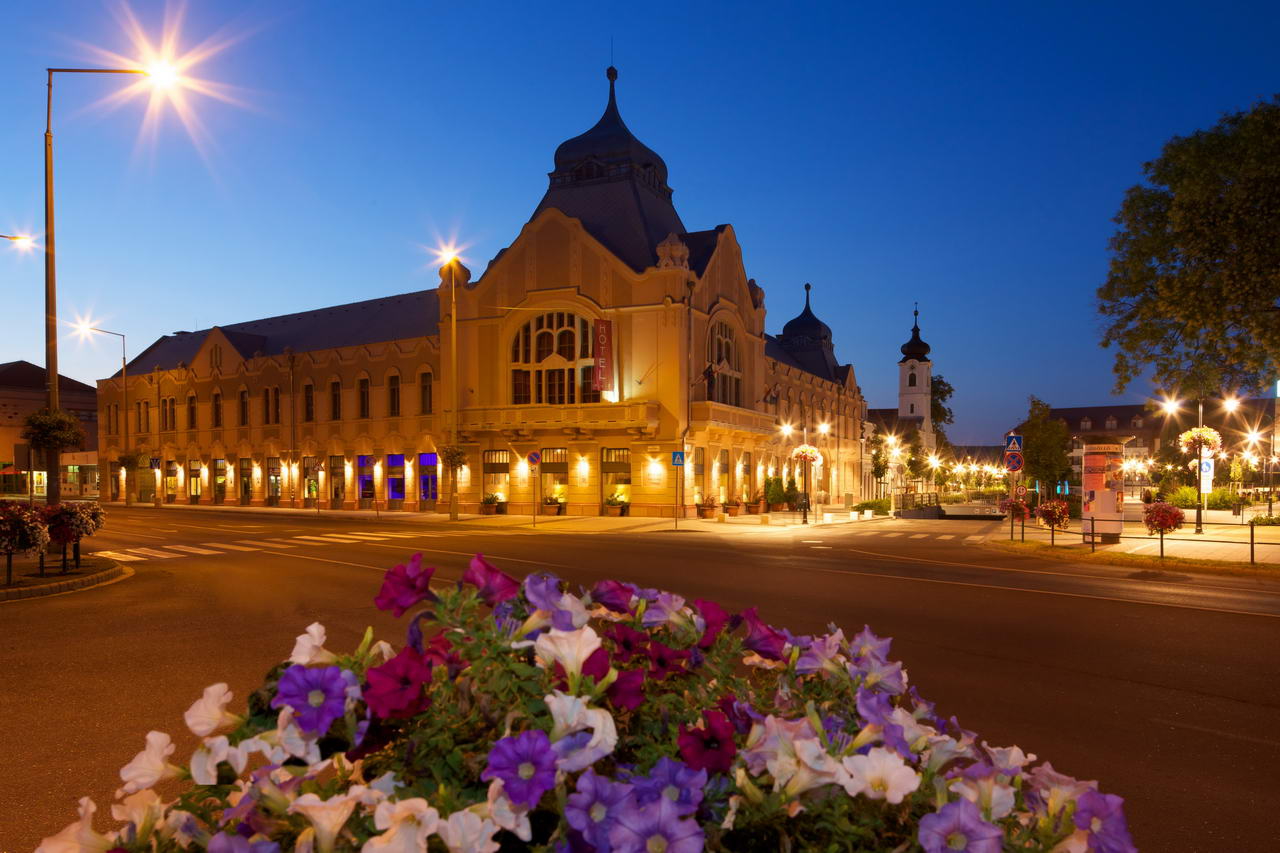 The former Town Hall, which was built in Art Nouveau style in the early 20th century , is today the Queen Elizabeth Hotel. The building was constructed in 1912-1913 for the citizens of Gödöllő , but the idea for the building had been formulated much earlier by members of the town’s representative body. Already in 1900 there was the notion that the single-storey building owned by the town at the corner of the then Ferenc József Square and Váci Street be replaced by an ornamented, two-story building, which would house all the local municipal offices. The belief was that substantially less time would be taken up by administration, but there was also the idea that an imposing, ornate edifice would add to the splendour of the town


Almost all the commercial premises had a cellar. In addition, the basement contained the communal wood and coal cellar, as well as a lumber room. On the ground floor by the two carriage entrances, 11 shop premises were established on the Váci Street side and 4 shops were installed on the side of Ferenc József Square. A large store was planned for the corner of the street and the square, which would also have storage room. A section for the police, with both offices and cells, was created to the right of the carriage entrance on the side of the square. A stairway to the first floor led from the right of the gateway. About 20 shop premises were established in the courtyard, plus there was also the public toilet the concierge’s living quarters and, at the rear, stairs leading to the first-floor apartments. An upper floor was planned only in the part facing the street. On the Váci Street side, the way led via the courtyard stairs to the apartments created for the well-to-do on the first floor, one of which had five rooms, the other three. Each of them had a vestibule, bathroom, kitchen, larder and servant’s room. The large-size assembly room, which was admirably suited for a variety of events, was also on the first floor, at the corner of the square and the street. A council chamber, judge’s chambers and town clerk’s office were on the Ferenc József Square side. There were other offices on the upper floor above the police. A special artesian well was drilled for the building. Water was pumped from there to a large-volume tank.

As construction got underway, there was an increasing amount of interest in the building’s commercial premises. By September 1912 many owners had already furnished their stores. One which opened on 2 September was Madame Grette’s ‘fashion headwear salon’, which the contemporary press described as a refined, ultra-modern enterprise matching Budapest standards. By the end of the autumn almost all the shops had opened in the new town hall building. A large number of the 1913 ball season events were organised in its banqueting hall. In the first three days of February three, equally successful balls were held in the new building, as the new location was clearly suitable for such occasions.

In the 1960s an upper flat-roof storey was added to the ground-floor courtyard wings. Later the building housed the district court and district offices, as well as smaller shops, a coffee house and a general store on the ground floor. Finally, before it was vacated, there were offices of political parties and a soup kitchen operated in the courtyard. In early 2006 the former Town Hall was declared a listed building by the Office of Cultural and Heritage Protection. Then, following renovation, the Queen Elizabeth Hotel, café and restaurant opened in February 2008. The terrace on the Szabadság Square side lends a pleasant sight to the town centre.


It makes for a good photograph, a fine souvenir picture can be taken in the course of sightseeing.