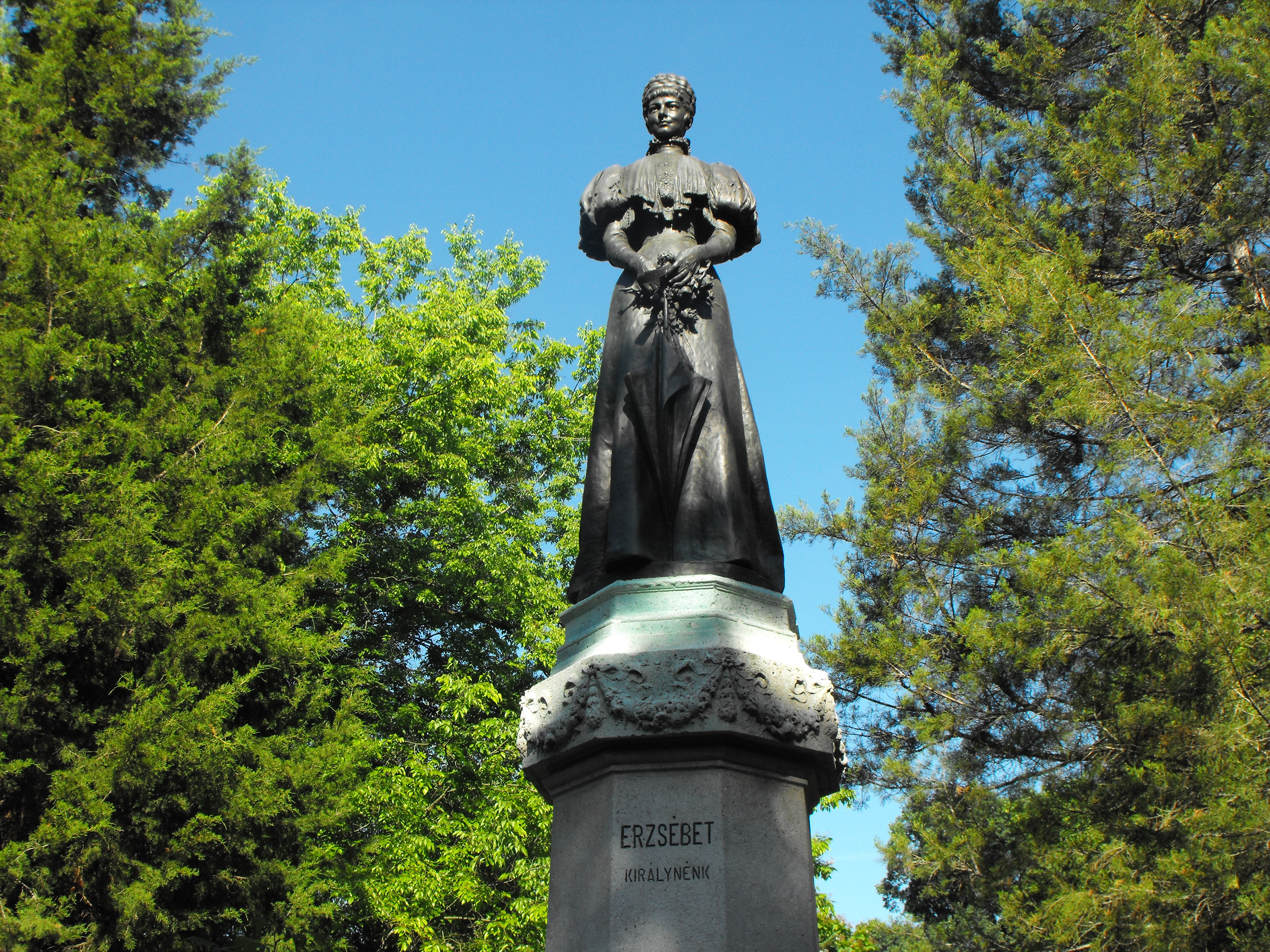 Elizabeth Park was first established, with direct access from the palace grounds, in November 1898 , following the unexpected and tragic death of Queen Elizabeth in that year. It has around 100 evergreens and is rich in rare plants. T he park was officially inaugurated in the presence of Franz Joseph in 1901. It was one of the first established in memory of the beautiful queen and of about three million memorial trees planted in Hungary, 48,000 of them were here. The pathway bordered by Caucasian lime trees leads to the statue of the queen, who regarded Gödöllő as her home. Stepping into the park, the next point of interest on the walk, the Calvary, is on the right side.

Construction of the Calvary began in 1771 , the year when Antal Grassalkovich I died, and is probably the work of János Mayerhoffer. Its completion of was overseen by the count’s son, Antal Grassalkovich II, with consecration taking place in 1775. Usually such characteristic public monuments of Baroque ecclesiastical art were placed on an elevation, echoing the Hill of Golgotha . In level areas, however, instead of high ground they were placed on top of an hollow stone structure, as here in Gödöllő. A round-ended, rectangular structure serves as the base, on two sides of which flights of steps curve upwards. The structure and the steps are enclosed by reticulated stone balustrades. Higher up, the figures of the Virgin Mary, Mary Magdalene and Saint John can be seen below the crosses of Christ and the two thieves. Of the six sculptures, those of the Virgin Mary and St. John are original. The figure of Mary Magdalene was made in 1827, when the crosses were given new statues as part of restoration work made necessary by damage caused during a storm. The inner space of the lower structure didn’t have any sacral, rather a technical function. Inside there was a red marble water tank, which was supplied with water from the Pazsak spring. From here it was conducted via underground pipes to the upper garden of the palace, where it was used for sprinkling. After the 1827 renovation, the next one occurred in 1931, and there were further renovations in 1961. Thanks to the support offered by the Norway Fund the listed monument was again restored in 2011. In the course of that work the original colour of the balustrades came to light and thus they can again be seen in all their original beauty.

Following the death of Queen Elizabeth, a special committee was set up in Gödöllő on 6 November 1898 with the goal of erecting a free-standing statue of the beloved queen , which finally happened in May 1901. Elizabeth is depicted holding flowers and a parasol – as the town’s citizens had often seen her as she took her lonely walks. The work of sculptor József Róna, immortalising the wife of Habsburg Emperor and King of Hungary , Franz Joseph, was the world’s first full-length statue of Queen Elizabeth. Standing on a stone plinth with a garland of flowers, the 2.5-metre-high bronze statue is much taller than a life-size representation. The erect posture, fine lineaments and careful craftsmanship reveal much about the queen’s beauty, her complex personality and the affection she felt for the Hungarians. Franz Joseph chose one of Róna’s two designs as suitable for Gödöllő, and together with the park it was officially inaugurated in his presence in 1901. In 1951 the statue was taken down and removed. After a long time, it turned up in a very bad condition. Responding to local pressure, the town council decided to permit the re-erection of the statue, but in the quietest possible manner, without any unveiling ceremony. József Gesztesi, a metal fitter, ‘repaired’ the statue, which was returned to its place on 13 July 1964. As with the inauguration in 1901, when the statue returned in 1964 a time capsule was placed under the statue. In 2011, thanks to a successful tender submitted to the Norway Fund, the statue was restored, and the plinth and railings were renovated. In the course of the work, the original time capsule of 1901 was discovered, as was the one placed in 1964 when the statue was brought back. Unveiling of the restored Queen Elizabeth statue, and with it the official re-opening of the renewed Elizabeth Park, took place on 19 May 2011, exactly 110 years after its original inauguration. To mark the occasion, a third time capsule was embedded in the monument, alongside the two previous ones.

The rock formation standing high to the rear of the Queen Elizabeth statue was also constructed in her memory. An artificial stream used to flow on each side. The rocks of the formation represent the former 64 counties of Hungary . The monument was designed by the sculptor György Zala, who created many of the statues in Budapest’s Heroes’ Square . Zala placed a royal crown carved from white limestone at the top of the composition. On the front side there is a commemorative plaque about Queen Elizabeth and a seat. Steps lead up towards the Holy Crown at the top.