The fountain stands in the middle of the market surrounded by benches alluring you to sit down for a pleasant rest. Above, with its wings spread, is a pelican , the permanent element of Gödöllő’s coat-of-arms. In 1763, when the settlement was officially ranked as a market town, a new coat-of-arms was developed , one more appropriate as a heraldic symbol. Between 1974 and 1991, a golden sun on a shield, a five-pointed red star, golden cog-wheels, and a pelican feeding its young appeared on the coat-of-arms. Then in 1991 the old pelican arms of the market town was brought back. The imagined bird feeding its young with its own blood, a symbol of self-sacrifice, well symbolises the past vicissitudes of Gödöllő, which in the course of history has been obliged to continually refashion itself. The fountain, created in 2000 by the sculptor Tamás Asszonyi , has interestingly-shaped water spouts on its sides. 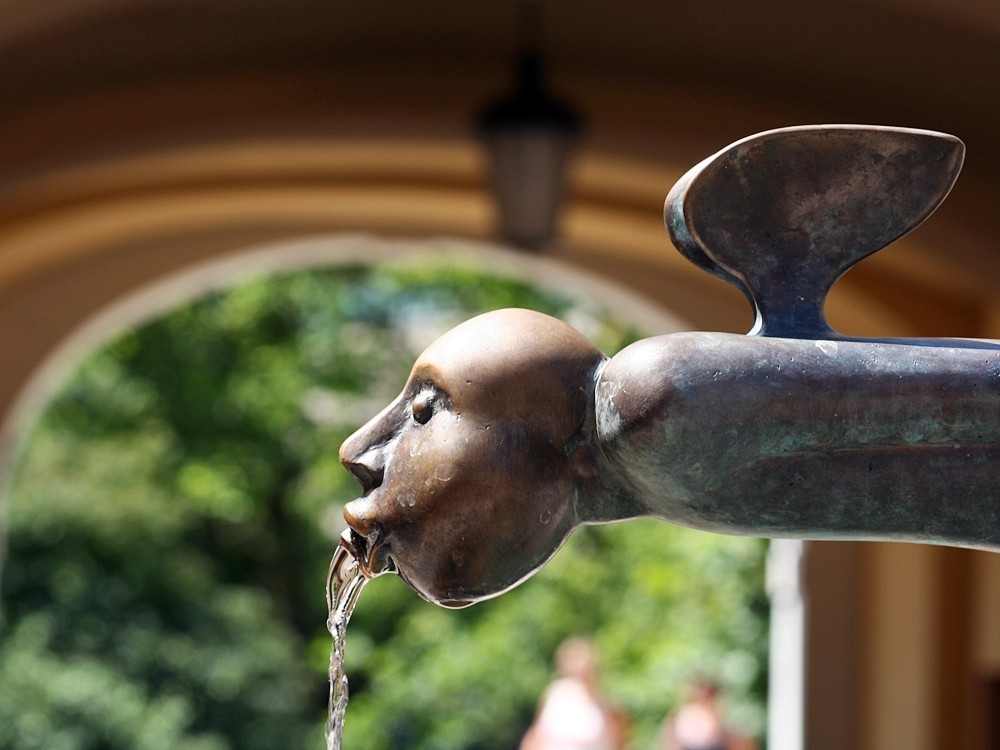 It makes for a good photograph and together with the Baroque archway a fine souvenir picture can be taken in the course of sightseeing.