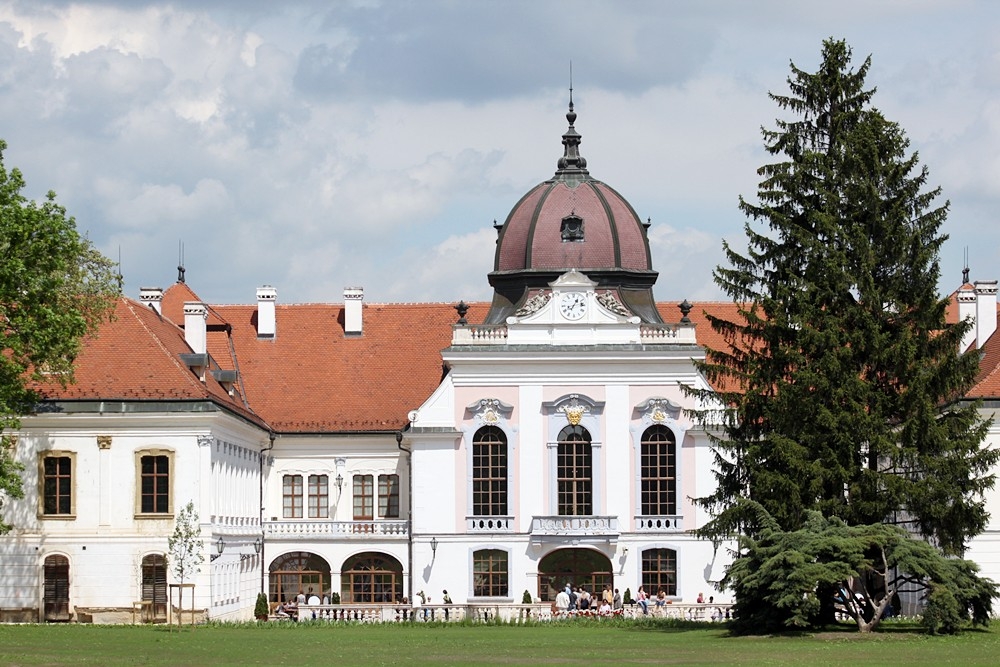 Hungary’s largest Baroque architectural complex , it was built from 1735 for Count Antal Grassalkovich I (1694–1771), creating a new style in Hungary’s Baroque mansion construction.

With the innovative design of the gifted Austrian architect András Mayerhoffer (1690–1771), the imposing main façade of the palace is at the forefront, while its U-shaped wings are to the rear towards the garden , not half enclosing the area in front. What raised the splendour of Count Grassalkovich’s palace was that, due to a visit by Empress Maria Theresa in 1751 , it gained the acknowledgement of the highest circles. The eight wings of the building complex were built in several stages, and it was partly altered between 1782 and 1785. The building gained its current appearance at the beginning of the 19th century, at the time of the third Grassalkovich generation.

After the male line of the family became extinct, the building came into the possession of several owners, then in 1867 it was purchased by the Hungarian state as a place of residence and relaxation for Hungary’s monarch , hence from that time it was known as the Royal Palace . Emperor and king of Hungary from 1867 to 1916, Franz Joseph I, often stayed in Gödöllő, spending many months with his family in the palace. Queen Elizabeth (1837–1898) particularly liked Gödöllő , feeling more at home here than in the Hofburg. During the royal period the complex was enlarged with marble stables and a large carriage house. The manège was also reconstructed and it was here that Queen Elizabeth, herself well-endowed with equestrian skills, would practise feats of circus riding. To the right and left of the main entrance two front gardens were created – the King’s and the Queen’s garden. 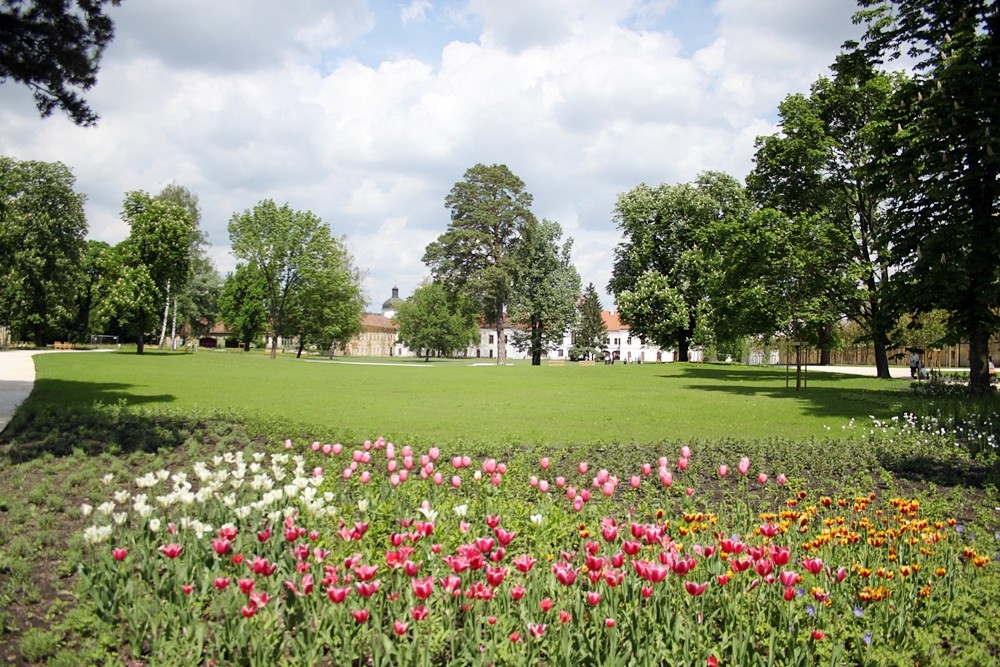 Between the two world wars the palace was rearranged on behalf of Regent Miklós Horthy and it was in that period when the so-called Horthy bunker was constructed in the southern front garden . Following reconstruction, this air-raid shelter can be visited today. After 1945 the Gödöllő complex, like so many other Hungarian grand mansions, suffered gradual deterioration. Soviet and Hungarian military units were housed between its walls. Its splendid rooms became a home for the elderly and were also used for temporary accommodation. The extensive grounds were divided up.

Reconstruction of the almost completely dilapidated palace commenced in 1994 and two years later the main façade section was complete. The permanent exhibition of the Palace Museum, presenting the ceremonial hall and the royal apartments, is housed here. In June 1997, the display covering Hungary during the Monarchy and the personalities of Queen Elizabeth and Franz Joseph , along with historically faithful interior furnishings, was further extended with new rooms, and the following year, the centenary of her death, the Queen Elizabeth memorial exhibition was inaugurated . Marking the 250th anniversary of Maria Theresa’s visit, on 10 August 2001 the permanent exhibition was made complete with rooms devoted to the Grassalkovich family and the mansion’s Baroque era. The Gödöllő Baroque Theatre, which is unique in Europe, has been open to the public since August 2003. Beginning in 2009, there was further development and the Gizella and Rudolf wings, as well as the central part of the park, were restored. Further investments saw the reconstruction of the 635-square-metre manège as a venue for congresses, major events and concerts. This was the location for events relating to the Hungarian presidency of the Council of the European Union in the first half of 2011.

Virtual tour of the EU Presidency venue in the royal palace.