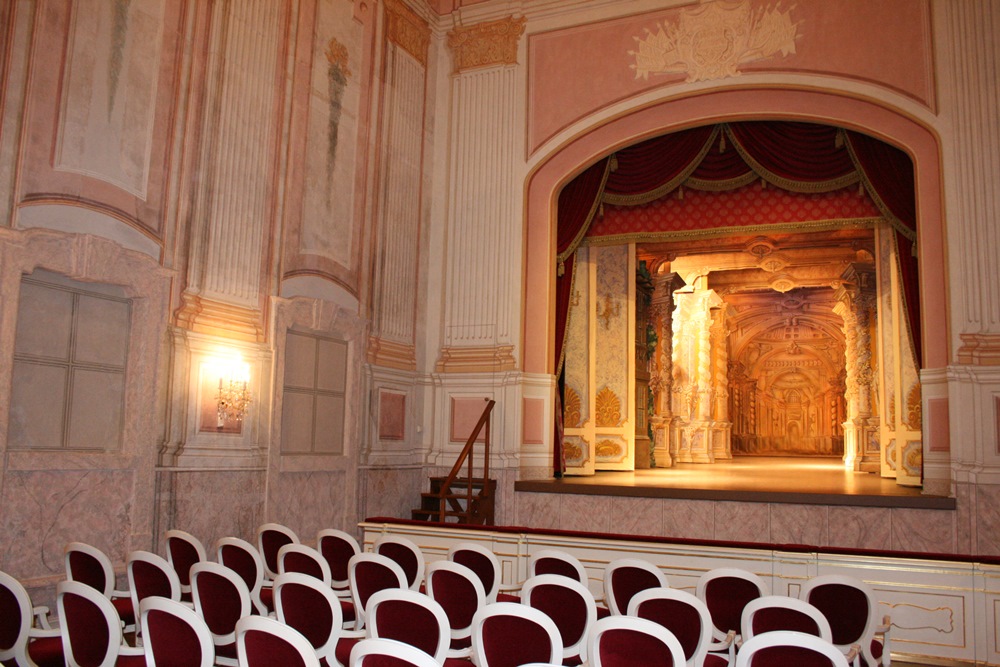 In the southernmost wing of the Palace, Count Antal Grassalkovich II (1734–1794) had a theatre auditorium constructed between 1782 and 1785 . 24.5 m long, 8 m wide and 9.5 m high, the space resulted from making the formerly 3-storey wing into one. The walls were decorated with Neo-classical, late Baroque paintings. The theatre was in operation only when the Count was in residence at Gödöllő.

The story of the theatre came to an end in 1867 when it was converted into rooms for the entourage of the royal family.

Reconstruction was completed in August 2003 , since then it has provided a venue for high standard performances, and it is now open to museum visitors.